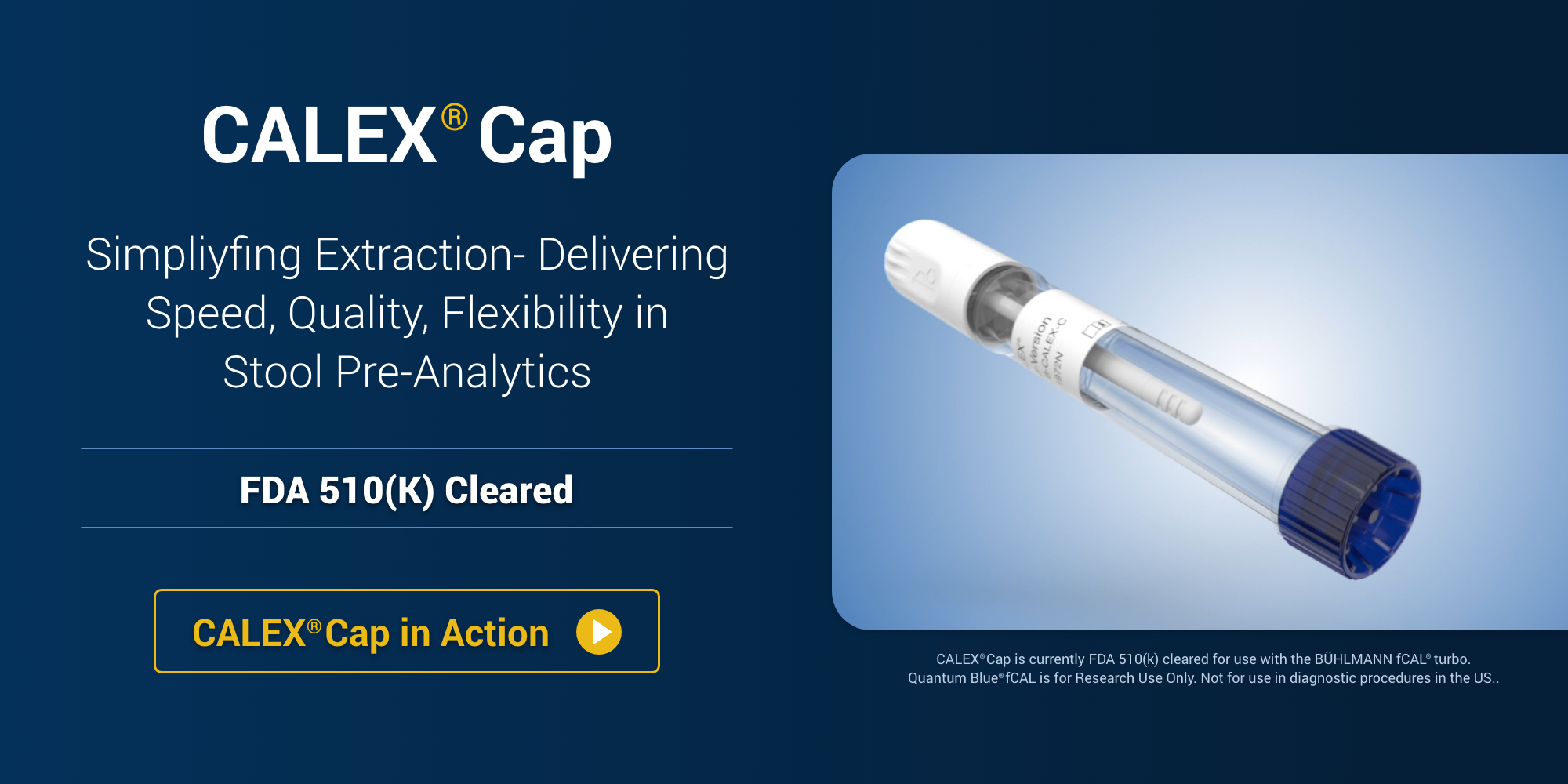 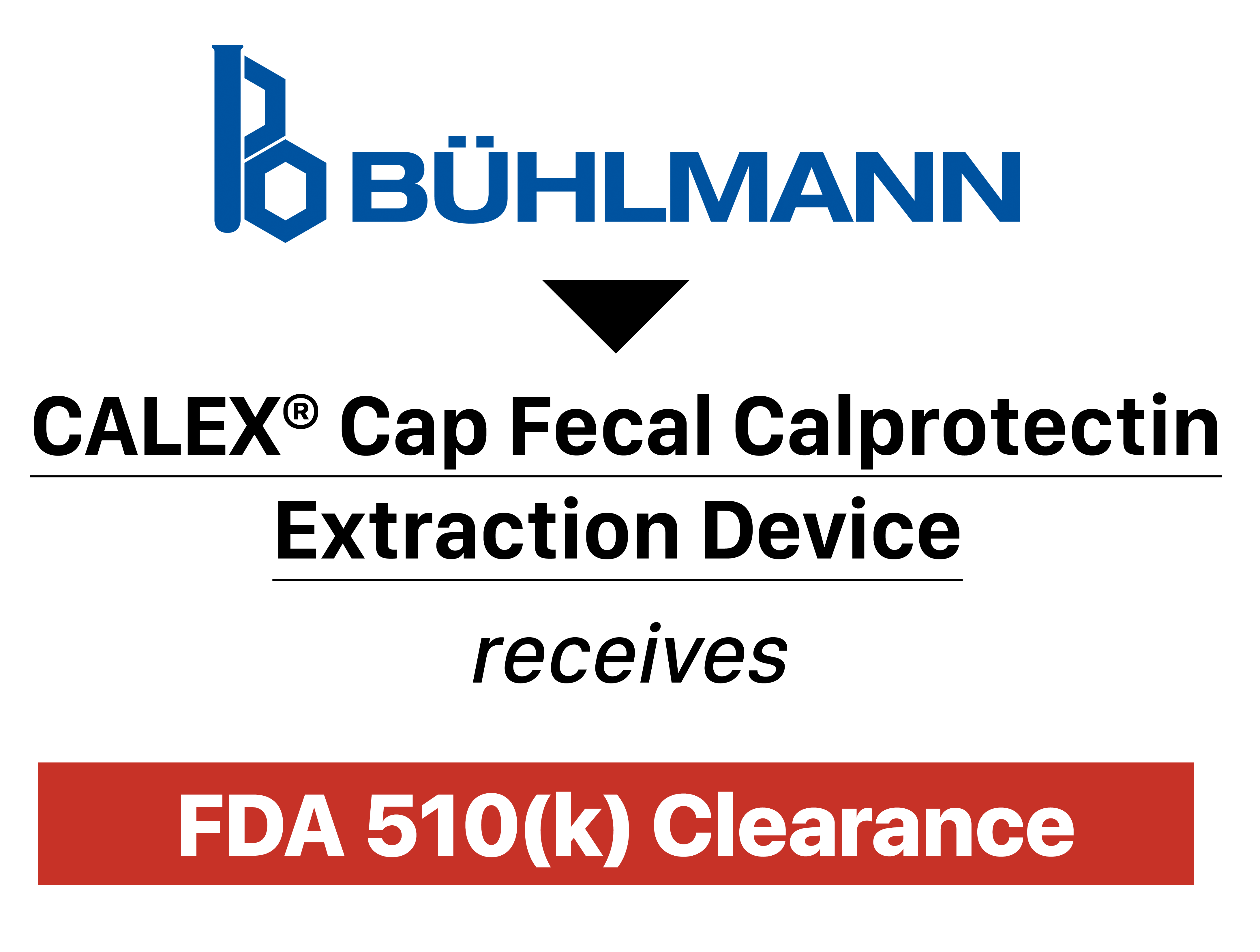 BÜHLMANN Laboratories AG, is proud to announce it received United States Food and Drug Administration (FDA) 510(k) clearance of a fecal extraction device for use in conjunction with the automated calprotectin test, BÜHLMANN fCAL®turbo.

The BÜHLMANN fCAL® turbo is an in vitro diagnostic assay intended for the quantitative measurement of fecal calprotectin, a neutrophilic protein that is a marker of intestinal mucosal inflammation, in human stool. The BÜHLMANN fCAL® turbo aids in the diagnosis of inflammatory bowel disease (IBD), specifically Crohn’s disease (CD) and ulcerative colitis (UC) and aids in the differentiation of IBD from irritable bowel syndrome (IBS) in conjunction with other laboratory and clinical findings. 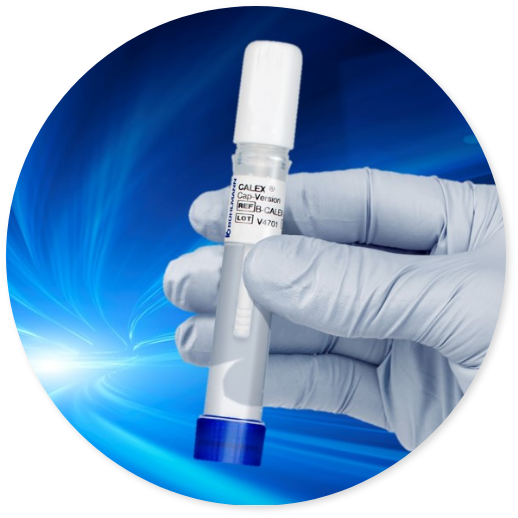 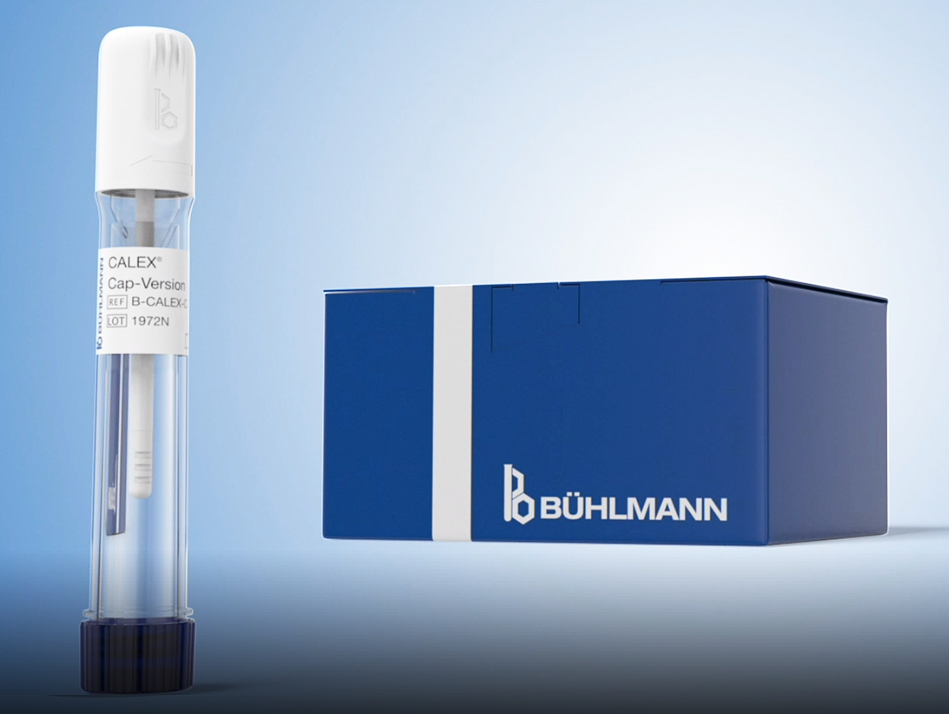 The BÜHLMANN fCAL® turbo in combination with the CALEX® Cap fecal extraction device offers total laboratory automation (TLA) for fecal calprotectin testing. The combination of the test with the CALEX® Cap extraction device strongly simplifies the cumbersome procedure for stool pre-analytics and is adapted to the use on clinical chemistry analyzers. Watch this video and see CALEX® Cap in action on this clinical chemistry analyzer.

View a compilation of BÜHLMANN fCAL® turbo and CALEX® Cap success stories and testimonials. Find valuable highlights, perspectives, advice and details about the successful applications of this fully automated calprotectin assay workflow from each laboratory. 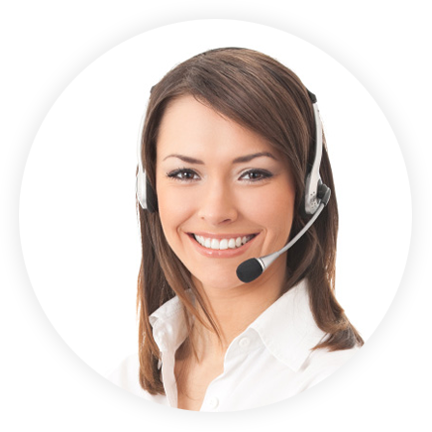